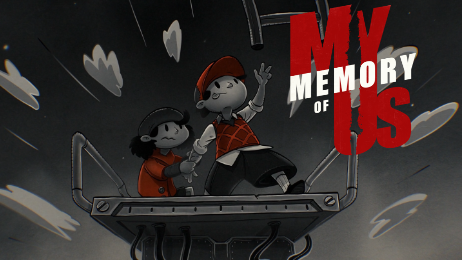 My Memory of Us: iOS

The Evil King plunders the city and his robot soldiers appear everywhere. Citizens are segregated, some of them marked and forced to move out of their homes. They are made to live in a place that is sealed off from the rest of the city by a huge wall. Fortunately, the children are not alone – they have each other. Their friendship allows them to stay together, even though fate tries to tear them apart.

Take control of two characters with different abilities. Connect them into pair and don’t let them be separated! She can run fast and shoot her slingshot, he can sneak in the shadows. When they work together as a team can they overcome all adversities!

A moving story about friendship and love in dangerous times

Pair mechanics: control one of two characters with different abilities, or control them as a pair